The word ‘home’ brings to mind family. Parents and children, a safe, secure and happy place where you are accepted and belong. Yet, for many, a home is something they’ve rarely truly experienced, living the majority of their lives having no contact with their family.

Since 1990, Gethsemane Community has been the home many people never had thanks to divine providence and the generosity of our donors and volunteers. For us to continue providing a safe and secure home for those who need it most, we need ongoing support.

If you’d like to donate to Gethsemane Community, please click the button below, any amount makes a difference and any donations over $2 is tax deductible.

Some stories of our past family members

There are so many stories to tell. For the people below and about 45 others, Gethsemane Community has been the home they never had. Some stayed briefly, others were with us for a long time. Approximately 20 improved their living skills, and were able to move out into their own home to live independently. Some needed to move on into aged care and sadly, seven have passed on from this world.

These stories are raw. Some are heartbreakingly sad, some are shocking, some have happy endings and some have a mix of everything. What’s important to remember is that whilst these members were staying in the Gethsemane Community, they were able to live lives free of fear and neglect. They experienced for the first time in a long time true respect, a sense of belonging, family, security and happiness. It has been our absolute privilege to have known these wonderful individuals who have become our extended family, and with your help, we can help so many more.

Heidi* came from Austria at the age of three, with her father and step-mother. As a result of her having an intellectual disability her father did not allow her to go to high school. Instead, he put her in a psychiatric hospital. After 10 years, she was sent to a boarding house in country Victoria, where the owner sexually abused her. Using money given to her by her step-brother, saying she was going shopping and leaving behind her few cherished possessions, Heidi took a train to Sydney and asked for help at Central Station. After living in St Francis Houses for a few years, she came to Gethsemane in 1990. She learned living skills, loved cleaning and became a good cook. She helped to manage her pension and do her own banking. In 2000, she was offered a NSW Housing flat, which Gethsemane furnished. She moved in with her cat, Sweetie, and has lived happily and independently since.

Mike* was quiet and shy, with a lovely smile. He had schizo-affective disorder and depression. His case manager told us he was very unhappy in a boarding house where he had no privacy. He came to us in 1994 and became a valued member of the community, very fond of our old tabby, Duchess. Twice, he trusted us enough to tell us when the voices were telling him he was worthless and should jump under a train. We stayed with him until medical help arrived, and after some time in hospital, he returned home well again. In 2001, he moved into his own flat and lived happily there, regularly returning to visit. In 2006, he died of a brain aneurysm.

Following their mother’s death, Lucy* and her sisters were taken to St Martha’s Girls’ Home in Leichhardt when they were young. From there, Lucy took housekeeping jobs, but her Fragile X syndrome had caused intellectual disability and mood swings. She moved from one boarding house to another. When Sr Myree Harris took over the St Francis House, that was to become Gethsemane Community in 1990, Lucy was already there. She moved with the charity to Marrickville, then left. Six months later, she asked to come back, and was pregnant. She tried to look after her son after he was born but it was just too hard. Eventually she agreed that he could be adopted. She wrote a birthday book for him and heartbreakingly said good-bye. She met the adoptive parents and received regular written reports on him. She was also able to send him presents via the agency. Eventually, the rules changed and she was allowed to see him a few times a year, usually playing in the park with him. In 1994, she moved into a NSW Housing flat and lived there happily, visiting her son regularly. At Christmas 1997, she played the part of Santa at a Gethsemane Community gathering. In 1998, Lucy sadly passed away of an asthma attack. Many people who had been touched by her came to her Requiem, at which her son and his adoptive family took up the gifts.

Len* left home at age 17 after schizophrenia had developed. Relations with his parents had not been warm for a long time. He lived on the streets for a while, then returned home but realising nothing had changed, left again. He wandered around Australia, moving from one boarding house to another or sleeping rough, sometimes needing to eat out of garbage bins. In 1996, he walked out of a boarding house in the Mountains and was found sleeping in Lane Cove Park. He was taken to Matthew Talbot Hostel and then referred to Gethsemane and the rest is history. Len became a valued member of our community, a mainstay for cooking the evening meal. Two years ago a cousin tracked him down to inform him that his mother, whom Len had thought long dead, was in hospital. Len was able to visit her a few times to reconnect before she passed away. Having lived alone for so long, Len sees us as his family. Eventually when he needs more constant care, he will likely go into aged care.

Henry* arrived into the community in 1994, he was another referral from Matthew Talbot. His schizophrenia was not responding to his medication and as a result he wandered from one family member to another across NSW, each time returning to the homeless hostel. Gethsemane organised a case manager and began advocating for better medication. Until Sr Myree Harris sat in on a psychiatrist’s appointment, she hadn’t realised Henry wasn’t telling anyone about the voices that tormented him. He was trying to be polite, he said. It took a few years but finally he was placed on the Clozapine drug trial and the effect was immediate. The voices and delusions ceased and we were able to see the true Henry, a gentle, charming man. Throughout his time with us, our resident cat Smokey became his constant companion. Sadly, due to being a heavy smoker over the years Henry developed lung cancer. He received treatment for 18 months then sadly died in 2007. Over the years of Henry’s time at Gethsemane, Sr Myree Harris had spoken to his two sisters and had met other family members. She and Henry had even rushed to Condobolin to see his dying mother before she passed. After his death, his brother and nephew arrived to collect his belongings. Henry was bid farewell by more of his family at his funeral, held (at their request) in the local Anglican Church. Gethsemane Community buried Henry near near Lucy in the Catholic section of Rookwood Cemetery.

Ray* lived in the community from 1991-1992 and came back each year for Christmas lunch. It turned out that Sr Myree Harris’ name was the only one on his papers. When he became terminally ill, a social worker searched for her. Together, they found a nursing home for Ray, but sadly he died soon after. Claude Mostowik MSC and Sr Myree Harris organised a funeral service and accompanied Ray to his final resting place, at which no family were present. During the preceding year, they were faced with having to organise another three such lonely funerals.

*To protect their identity all names have been changed. 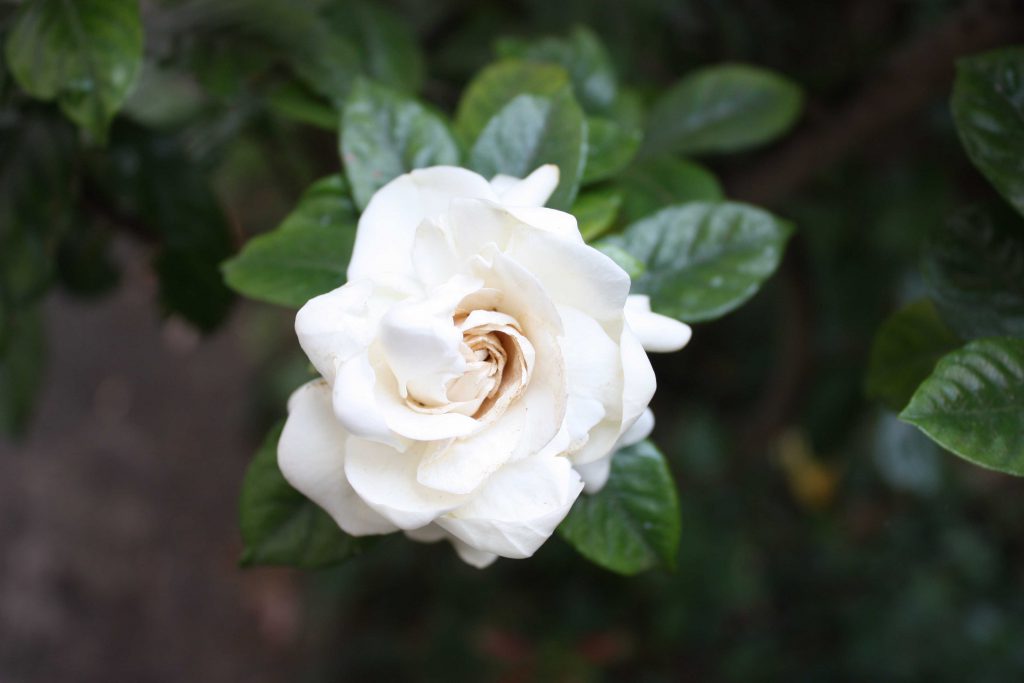